The sign that we have encountered truly great art is the sense we get that the work is experiencing us rather than the other way around. I’ll give you an example. When I was in my teens the MOMA book on Marcel Duchamp showed up around the house. Mona Lisa with the little mustache was on the cover and inside you could see most of Duchamp’s work along with essays by writers like Andre Breton and Octavio Paz. Looking through the book, casually at first and then with greater absorption, I experienced for perhaps the first time the transgressive elation produced by the Great Art Encounter. It was a bit like loosing my virginity only less hectic, and that little piece of ecstasy, that release from weight, is still there for me whenever I think about Duchamp’s work.

Duchamp’s early paintings…his Nude Descending a Staircase…all the various Readymades… the Large Glass and then Etant Donne (The Door of Given) – there was violence in the work alongside eroticism, blunt ugliness balancing intelligence and wit. Despite its cerebral cast Duchamp’s art seemed to haul me down into my body, make me feel my own breath. Even now I can see the dust motes drifting in the sunlight that filtered into the long shadowed living room of that house on Harland Drive.

But as captivated as I was by various Duchamp pieces it was thesequence of the work that haunted me most. Any intuited explanation of The Nude was complicated by the Readymades, whose re- contextualizing of the obvious was undermined completely by the mythic opacity of the Large Glass. And yet the works seemed still to form a purposeful line of attack, as if Duchamp’s career were a long chess game played against some covert and impossibly resourceful opponent. The essays in the MOMA book clarified little. None of the accomplished commentators seemed able to get any traction on what Duchamp was up to at all. The standard line on Dada itself – angry nihilism that rejected the very idea of meaning – seemed to apply to everyone in the movement except Duchamp, who had coined the name in the first place.

Later, in college, I would visit the Duchamp gallery at the Philadelphia Museum of Art like it was a temple. Looking through the Large Glass I would experience always that little lift in the heart that seemed inseparable from the reticence and mystery of Duchamp’s work itself. It felt as if Duchamp’s muse Rrose Selavy (or “eros c’est la vie”) still regarded me with a sidelong glance,deciding no, you are not ready. But the sense of enigmatic intimacy remained, as if Duchamp’s work was actively shaping my sensibility as it unfolded and grew. I was enmeshed. The work surrounded me.

Many years later, the Zen teacher Yvonne Rand gave me a nicely produced book called Buddha Mind in Contemporary Art. Among the essays was a remarkable piece on Duchamp by a Taiwanese scholar named Tosi Lee. Titled Fire Down Below and Watering, That’s Life, the essay managed, in the space of a few pages, to entirely revise my understanding of Duchamp while also illuminating the unexpected depth of its effects on me. Lee makes a convincing case that Duchamp is something quite different than the nihilistic prankster he is often taken to be. Rather, the artist was engaged in a decades’ long campaign to inject, deep into the cultural tissue of the West, transformative ideas and iconography distilled out of the esoteric Buddhist traditions of Asia. 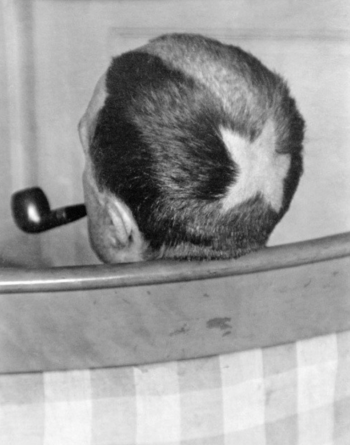 Apparently Duchamp’s neighbor for five years as a young man was a monk back from years in Nepal, and Lee suggests that Duchamp may himself have been a practicing meditator. With convincing precision Lee identifies a spine of potent Buddhist imagery running through Duchamp’s work from the Readymades forward. Citing the great icon of Dada, to chose just one example, Lee points out how the urinal Duchamp turned upside down and signed “R Mutt,” echoes exactly the iconic outline of the seated Buddha. Lee continues in this vein, pulling the veil away from work that has exerted a transformative influence on Western culture precisely because its true intentions were entirely misconstrued. Duchamp lifted the word “Dada” itself from a Sanskrit word Abhayamdada, meaning the “the giver of fearlessness,” a title of Avalokiteshvara, the bodhisattva of compassion. The other Dadaists were almost certainly unaware of what lay behind Duchamp’s naming of their movement. On a personal level I saw immediately while reading Lee how the paradoxes and riddles of Duchamp’s work, along with its sudden perilous beauty, had been conditioning me for what I would encounter “on the path.” 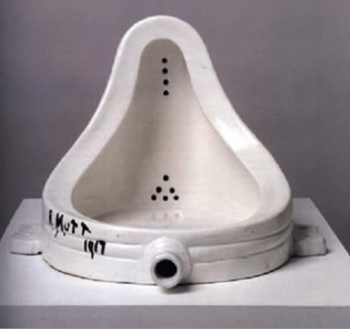 During the long nightmare of the Bush/Cheney presidency I was often struck by what it must
have been like to make art in the epoch following the First World War, when the destructive
idiocy of human beings was so monumentally obvious. The futility of protest in such times drives
the artist toward a grammar of cryptic gestures, toward dreaming out loud. With Obama installed
in the White House it’s easy to forget the fundamental pickle we are in. From the chronic
degradation of the environment and the immense destructive power of nuclear conflict we face a
long list of potential threats to our survival as a species. Common to all these dangers, I would say, is the Satanic opponent who sat across from Duchamp in the chess match of his career: the idea of certainty, the lust for control, the refusal to attend to the sacred in the everyday. This is why Duchamp and his work have lost none of their relevance. From his side of the chess board, Duchamp continues to open us out toward the actual world, sacrilizing with all possible irony everything we experience. The Giver of Fearlessness, indeed.