Developed with actors Tim Habeger and Shelby Hofer of PushPush in Atlanta, and with Darrell Larson and Alana Dietze in Los Angeles, The Hillary Game looks at one of the defining moral issues of our time—drone warfare. Technology-driven anxiety collides with a longing for human connection, as a former drone operator and his new trainee play out scenarios in which an imagined version of Hillary Clinton confronts the Jehovah-like power of being in the “drivers seat” of a fleet of armed drones. This complex adventure takes us deep into mankind’s growing relationship with machines, as the two characters engage in a minuet in which technology-driven anxiety collides with a longing for human connection. The Hillary Game questions our relationship with machines in both alarming and hopeful ways, and illuminates how automatic processes and behaviors are defining the future of mankind. Gabrieal Griego co-directed the Los Angeles run, with video design by Alex Hoffman and sound by John Zalewski.

A major influence on The Hillary Game has been photographer Trevor Paglen’s extensive exploration of “black sites” and off-the-grid military installations. For years, Paglen has documented these sites in eerie and stunningly beautiful long lens photographs that draw attention to the sites of U.S. military power we are not meant to know about. Treading carefully around the legal boundaries, Paglen forces us to engage with the undemocratic nature of covert power. He shows us what we are prevented from knowing, despite our responsibilities as members of a “free” democracy. In a similar way, The Hillary Game uses imagery and playback to highlight the “panoptic” violence of drone warfare – those disturbing remote camera feeds that guide the operators of missile strikes to their targets, and then document the carnage afterwards. The work of Dror Moreh (The Gatekeepers) and Errol Morris (Fog of War) have also strongly influenced The Hillary Game. 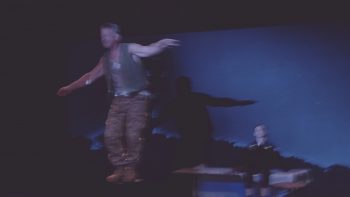 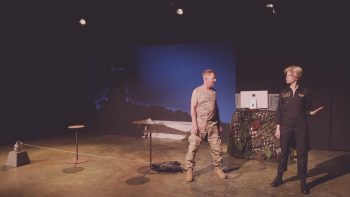 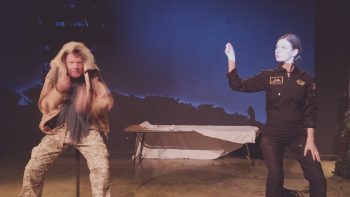 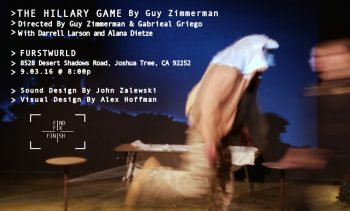