In collaboration with the MET Theatre this lab production of The Royal opened in their small space Friday, February 12th, 2016 with additional performances on Saturday, February 13th at 8pm, and then the following weekend (Friday and Saturday at 8pm; Sunday at 7pm). Starring Anna Khaja, Christian Levatino and Jan Munroe, and co-directed by Gabrieal Griego and Guy Zimmerman, The Royal engages with the psychology and the narrative strategies of the international thriller. Pulling back the hood on this popular genre, so to speak, the play examines what this kind of dramatic structure says about the US in 2015, and the militaristic, aggressive and partially paranoid American mindset to see what makes it tick — as in an “exploded” diagram one might find in a list of instructions for a home-assembly kit. Shedding light on the nature of “terror,” as in the famous “war on terror,” has always been on the agenda of tragic drama, with awe and pity included in the mix as well. 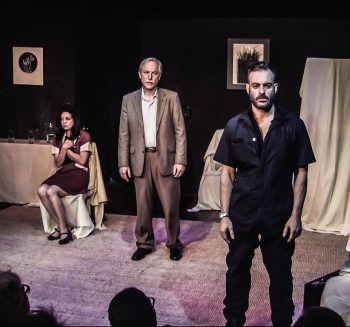 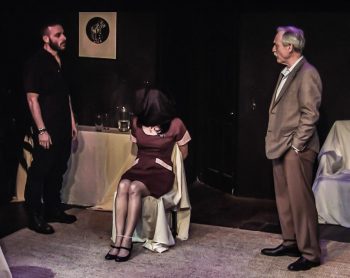 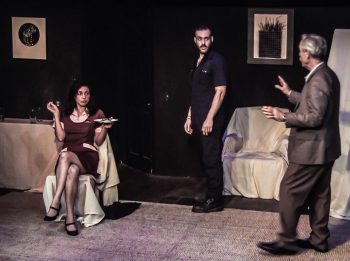