Sometimes late at night traveling with my father I’d wake up knowing nothing about where I was but feeling Steve McQueen close, as close as the black sky pressing in on the walls of the motel room. Lying back on the bed I’d imagine the surrounding area as I’d seen it in the headlights a few hours earlier—a landscape of industry and crime and V-8 engines charging out toward vast cobalt skies. I remember traveling through Vegas on one of those long trips, and though the city has been re-made several times since then I half expected, on a recent visit, to find the old flashing neon, and the long heavy cars still gliding through the night. At 5:00 AM in the morning I went looking for coffee and a place to write, and at the bottom of a stairwell outside Planet Hollywood I encountered two drunken men singing Lean on Meby Bill Withers, and the song transported me back to those distant summers.

I have been engaged with a Buddhist meditation practice for two decades now. Each morning I sit and rest on the breath until my mind calms. Then I take up various practices I have learned from the different teachers I have worked with, and I complete the duration of the sit exploring those practices. The teacher I learned the most from is Ken McLeod, a student of the Tibetan master Kalu Rinpoche. Lately, however, I’ve begun to engage with Zen koanpractice as taught to me by Henry Shukman, a Zen Master in the Sanbo Zen lineage (also a poet, novelist and, I’m told, a reggae trombone player) who leads Mountain Cloud in Santa Fe. The reasons for this shift involved circumstance and curiosity, not any unhappiness with what I have encountered in the Tibetan-based work. I have the sense that this kind of hyrbidization is common among dharma practitioners in the West, and I’m fascinated to watch the behavior of these spliced technologies as they intertwine and cross breed in the attentional laboratory of my mind. On a bed of Tibetan tonglen practice I open the elegant wooden box of the koan and get right to it. Zen has provided what I think of as a set of very sharp and dexterous little all-purpose tools with which to puncture the fabric of appearance, tapping right into the actual with an electric jolt as vivid as a bright sky.

With regularity, the mythic, moon-swept landscape of our night time travels across the Western states would collapse down into my father’s cramped apartment in West Philadelphia, where I slept in the front room under the piano. In that smoggy summer of 1972 we’d go in the afternoons to the University pool, a double-Olympic indoor expanse of water with diving platforms on the side of the deep end, and high diving boards around the corner at the narrow end. A tall black guy hung around the pool that year, practicing his dives for an upcoming competition—pikes and flips and elegant swan dives—and in my mind I associated him with Bill Withers, whose song Lean on Me was all over the radio. One day, watching me attempt to imitate his form, Bill Withers gave me some pointers—how to time my steps to arrive at just the right moment, and how to hold in the air before jackknifing down toward the water. Our schedules crossed perhaps two or three more times in that cavernous room, and each time Bill Withers was kind enough to continue the lesson. On the street in Vegas at 5 AM I thought of him again hearing the two drunks sing off-key the chorus of Lean on Me.

Dharma practices are inner technologies designed to deconstruct the wall that separates us from immediate experience. That separation is intricate and distinct for each one of us, and it takes the form of an adaptive system we come to mistake for the whole of who we are. At one time I had identified with that separation so completely I had become its devoted servant, but on some level I also rebelled against the powerful dynamics I could feel drawing me steadily away from what is vital and precious in life. One of the insights practice gradually delivers is that the non-separate mode of being is also, paradoxically, who we are. Over time, practice strengthens our access to that very different way of relating to experience. Those who write about dharma—and this is very true today in the West—sometimes soft pedal the stakes of practice in order to entice people gently onto the path. While that makes a lot of sense in terms of outreach, sooner or later a committed practice reveals that our commonsense assumptions about life are utterly inadequate for what we encounter. From the perspective of dharma, key aspects of our normal state are fundamentally neurotic, and without the corrective measures of an awareness practice, those neurotic components will draw us inexorably into repetitive cycles of alienation and suffering that strip us of agency and peace. We are an ingenious species, and we will ingeniously manufacture ways to distract ourselves from this unsettling knowledge but still, always, at a deep level, all of us know. And from environmental disaster to the elusiveness of social and economic justice, the effects of the root imbalance I describe are becoming fatal. 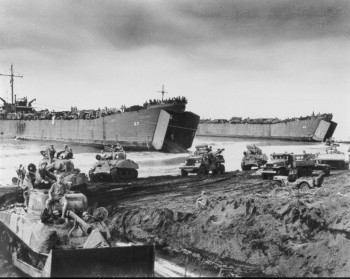 These were years when my father’s bright perfect dream of himself and of the world were being dismantled brick by brick. Wounded, bewildered, he took refuge in forward motion, as if the trauma structures of fear and anger composed within him a powerful, two-stroke engine. A veteran of World War II, when something triggered my father in just the right way you could sense what it felt like to wade through waist high water under shell fire to the beaches of Noemfoor, or to see the bodies of the Japanese Imperial Guard cut in half by machine-gun fire as they charged along jungle paths in New Guinea, their corpses piling up three men thick in a carpet of death. After you have used the koan to puncture through to the brilliant shine behind the world you are instructed to ask yourself a series of questions, and it feels to me as if these questions draw your discursive mind behind you into that new place and set it free. Often on retreats you will suddenly step on a landmine of emotion—the buried knot of some old trauma that helps to bind the filigrees of the reactive self into looping adaptive structures—and sorrow can interrupt the silence of the zendo in the form of embarrassing, gut-wrenching sobs. On a retreat this last June the landmines for me were instead comedic, elaborate “after you, Alphonse” vaudeville routines involving the repetitive deal-making of the meditating mind, where we insist on hiding, again and again, what we also draw—again and again—into the light. But another image that came to me was that of my friend, the black diver from 1972, as if he were the question posed by the koan encouraging me forward to the end of the board to launch me up and out over that open water…

“Logic is the drill bit of metaphysic” the ecological thinker Tim Morton has written, and the most deeply-seated metaphysic is the metaphysic of commonsense. The world should be transparent and clear, we tell ourselves, turning our eyes from cathedrals of wonder to contemplate our shoelaces. Koan practice is centered, instead, around the anti-logic of paradox and contradiction, and coming to it after two decades of Tibetan-based sitting practice I had an interesting view of how it works—kind of like being awake during a brain operation. The koan pokes a stick into the fan blades of the self-system, and when it all goes to shit you meet the you you were before you started owning you. The koan lies across the boundaries of outside and inside and opens a gate deep into the guts of your being. If the koan is a gate, it is important to remember that a gate is not an object of worship—a gate calls you to action. Specifically, you are called to leave where you are and to enter a different way of being—direct, immediate, pre-cognitive. It is a relief to know that this different way is right there, close at hand, and that, while it has nothing to do with me, it also IS me.

I understand completely the effort to arrive at a new Western version of dharma, but it seems to me a mistake to aim for unity. The last thing humanity needs more of is that kind of dogma, and the last thing the dharma needs is to be shackled to a commonsense vision where we are told every problem should have an easy solution. I support the proliferation of stress-reducing mindfulness programs as a kind of gateway drug toward mainline practice, and a clear benefit in its own right. But it is important to be honest about the radical presuppositions of dharma, and to be wary, finally, of any cynical, down-and-dirty Vegas marriage with the demiurge of commonsense. Instead I embrace the proliferation of monstrous, hybrid practices, the cross-breeding of awareness technologies to chew up the Western version of the human malady until there is nothing but dharma left to lean on.