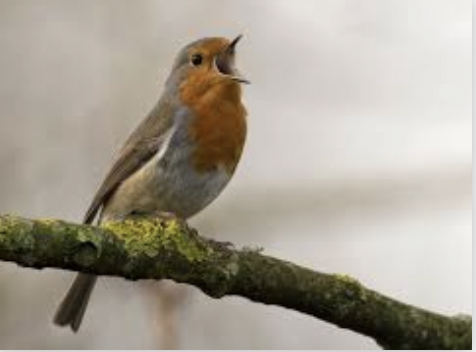 The Wulf, Deleuze and the Songbirds of Finland –

I am haunted by a woman facing South. I see her standing at the edge of an open field, eyes fixed on a distant road. I know very little about her. She died over a hundred years ago when her husband, August, my great-grandfather, rode off South across the Comancheria toward Mexico, his wagon loaded with the bulk of the family’s possessions. This woman was a lover of music, and I was thinking about her last week when I went to see some composers and sound artists present work at The Wulf in downtown Los Angeles. To avoid divulging more about my ancestry I could divert this post into a description of what I experienced at The Wulf, but I actually don’t want to tell you much more about this venue because then you might visit and disturb the important work being done there. I don’t want to launch some kind of cultural stampede by revealing how, after a single night, I’m convinced the world is being remade at The Wulf through music, as if the space were the concrete belly of the primordial Leviathan. I don’t want you to know how that loft dissolved as the musicians played, and we were carried in reverse along a braid of material expressivities leading back through evolution to the territorializing music of birds, back further to the “linear” expressivity of animal DNA, and back even further toward the pure songlines of geology – the expressivity of landscapes and mountain ranges – before rebounding again and returning, via the music, to that loft where we listened.

Mary Hafliger is the name of the woman who haunts me, a lover of music, as I said, who, before dying in her late fifties, gave birth to and raised thirteen children, my grandfather Tony among them. This was in Kansas, near Ottawa, around the turn of the century. Mary was from Ohio, her parents from Europe, and the man she married, August, was a brutal and intemperate man. When Tony was sixteen he and a few of his brothers confronted their father, removing the whip from his hands and letting him know he would never strike any of them again. August responded by selling the land, loading the family’s possessions onto a wagon and riding off along that road South toward Mexico. Mary died soon after from sorrow and sheer exhaustion and the children scattered. Recently, for no specific reason I can locate, the image of Mary standing at the edge of that field began to occur to me, standing there, gazing South, as if her sorrow needed to be felt by someone living, needed to discharge itself in awareness and now, into language as I convey it to you. It’s as if her affective experience had been buried in layers of emotional sedimentation that the heat of my encounters with the world have burned away, so that, suddenly, certain intergenerational mysteries are clear to me, their music audible.

In Finland, I’m told, songbirds have begun to imitate the Nokia ringtone in their calls to one another, their staking of territory. This information will inspire in you either dread or wonder; perhaps a combination of both. I myself would have felt quite differently about these songbirds had I not just paid a visit, to The Wulf which I am not going to tell you much about, other than to list the names of the composer/sound-artists: Dennis Kolokol,Andrea Young and Odeya Nini.I will say that on the night of my visit my head was heavyas well as haunted, soggy with the theoretical texts I’ve been ingesting lately as part of a doctoral program I’ve take up, and it was with complete delight that I found myself transported so quickly and so completely by new sounds and sound-sequences created by this group of young, classically trained musicians working violins, cellos, human voices and bassoons back toward the degree zero of music. In their promiscuous response to the Nokia ringtones, the forward-thinking birds of Finland, to my mind, express a solidarity with these artists at The Wulf.

“The natal has a consistency that cannot be explained as a mixture of the innate and the acquired,” write Gilles Deleuze and Felix Guattari, pointing toward a kind of interconnectedness that can collapse space and time, erasing our separation from the past. I first read their astonishing A Thousand Plateaus in the late 1980s, but the work has held up remarkably well and has had an even stronger impact the second time around. Perhaps the most remarkable thing about Deleuze in particular is how he views matter as itself inherently filled with form-generating potential all its own. Gather a bunch of stuff into a ball and leave it alone for a million years or so and intensive differences within the mass will begin to drive processes that create structures, and these structures will then interact and build into complex emergent forms, and soon enough you’ll have Los Angeles and lofts downtown and writers haunted by the past listening to restorative music.

When I say The Wulf, as a collective of artists, is a rhizome rather than a tree I’m using Deleuzian imagery. Rhizomes – a field of grass, for example – are distributed networks rather than stand-alone, root-and-branch hierarchies. The imagery encourages us to embrace ourselves as teeming multiplicities rather than rigid structures ruled over by central command. And, in Deleuze, we free ourselves from the illusion that, as beings, we are fundamentally different from all the different processes that surround and also compose us. The commitments we have made to various strands of self-narrative begin to loosen. We begin to hear how they relate to each other and to the other forms of music we encounter in the world of experience. We come to see how the material world, matter itself, is everywhere expressive and profoundly in-process. What artists do, from this point of view, is to remove the obstacles preventing a certain form to manifest in their chosen material; an innate expressivity does the rest. The young musicians at The Wulf, having explored for many years the range of possible sounds contained within their instruments, are engaged in this kind of Deleuzian attentiveness, introducing us to new potentials hidden within the “material” of our awareness. A generation that has been ferociously technologized since birth is responding by opening new doors to direct and unmediated musical expression of the purest kind.